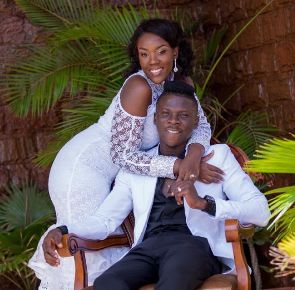 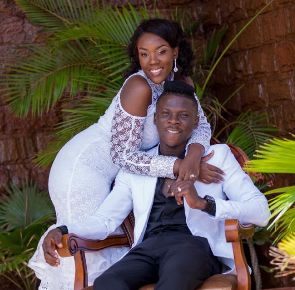 Wife of Dancehall act Stonebwoy, Dr. Louisa Ansong who was hospitalized after sustaining an injury as result of an alleged knife attack, has been discharged from the hospital.

A management member of the “Baafira” hit maker tells Peacefmonline.com that Louisa was rushed to hospital on Saturday night September 30, after she felt a sharp cut at her back and started bleeding inside a tent meant for her and her husband.

Thankfully, she was discharged from the hospital yesterday, Sunday October 1 and she is currently recovering in the comfort of her home.

“She has been discharged and currently recovering at home. She is very well and thank God everything is fine now”, the source told www.richkidempiremusic.blogspot.com

Stonebwoy’s management also dismissed rumors that Dancehall artiste Shattawale who was there to support Stonebwoy, could have a hand in the attack.

Management insists that, Ghanaians should stop drawing conclusions and making false judgments when things happen coincidentally making it clear that Shattawele doesn’t have any associations with the said incident.

“This has nothing to do with Shatta Wale or his presence there. He genuinely came to support his brother and let me state that the incident happened over an hour before Shatta Wale came to the event”.

Both management and family of Stonebwoy have been with Stonebwoy’s and his wife ensuring that everything is fine with her.

Mrs. Satekla had a cut at her back when some criminals cut Stonebwoy’s tent with knife. It happened just when Stonebwoy was about to mount the stage at his own “Ashiaman to the world” concert and she was hurriedly rushed to the hospital. Stonebwoy who was able to entertain thousands of his fans, in spite of the bad news, rushed to see his wife immediately after his memorable performance.

The concert happened on Saturday 30th September in Ashiaman with a huge crowd of bhimnation fans, cheering and dancing to all performances from all artistes who performed on the night.

Stonebwoy confirmed the incident on his Instagram page immediately after the concert saying it was an attack targeted at him ”attack targeted on me but mistakenly chanced on my wife but I still delivered for my people. #iwillfindem”.