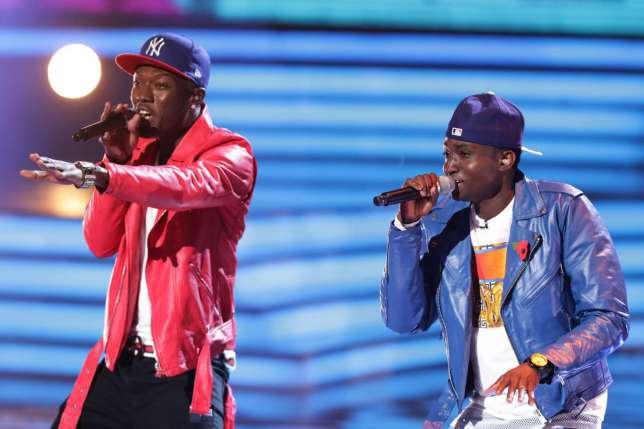 The hyperactive pair have defied all odds and have triumphed in the competition as they wow the audience and judges with their stunning performances.

“At this point, we [VVIP] are acting like Nigerians. We support our own. Ghanaians are noted for not being supportive. We are quick to criticise; Nigerians are patriotic to the bone. Let’s support them and stop those unnecessary comments. ‘Reggie N Bollie’ are from hiplife and they’ve gone that far. If you take delight in negativity, then I beg you, leave them alone, he said.

“They can win the competition. My dream is to have the whole of Africa not only Ghana behind them. If they were Nigerians or Italians, you would see the kind of support they would have,”Reggie Rockstone added.

After four weeks of live shows, judge, Simon Cowell believes the group will make it in the final.

“I’m gonna make a prediction. I think you’re going to be in the finals of this competition… This is what I’m talking about when I talk about personality. This is personality. We know both of you and you are both important. And actually this country is really falling in love with you,” he said after Reggie N Bollie did a mashup of Fuse ODG’s dangerous love and Walk The Moon’s Shut Up And Dance.

The duo led by Reggie appealed to the public to vote for them so they win the competition.

“We are so happy. I know we keep saying this all the time but we are living our dream. A year ago, I was battling depression and I’m here today doing what I love… We want to go all the way to the finals. Please vote for us so we can win,” an elated Reggie said on the night after receiving praises from all the judges.

The X Factor is a music reality show which seeks to find a potential pop star with an amazing voice and uniqueness.