There’s no love at the Church – Lord Kenya 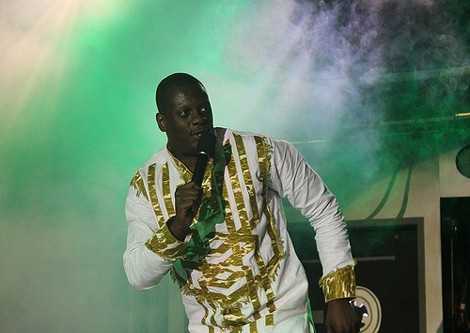 He was once a heavyweight in the rap circle and spewed his raps with the dexterity of a lyrical god.

This earned him many accolades from his fans and privileges from the media. His influence on the youth was felt during his days of doing secular music.

As a result of this, When news of his sudden turn around broke, many thought it was all a hoax or probably an attention seeking gimmick.

Determined, he took a detour do the work of his maker proving his critics and detractors wrong.

Five years after turning his back on the ‘world’ and taking a decision to walk with God, Lord Kenya, now an Evangelist, noted that the journey in the initial stages was not an easy one.

Adding that the church compounded the problem by starving him of the love he needed as a new convert.. “there is no love at the church,” he added

He revealed this during an interview with Alfred Ocansey, the host of Christian Entertainment Review on Sunny FM, Saturday morning.

The Evangelist added that church probably, could not fathom his new found salvation and hardly accepted him. But his solace stemmed from the knowledge of the one who had called him, therefore, did not waver.

Lord Kenya also added the church is a home for sinners and so should accept sinners and help them to grow in Christ rather than leave sinners to their fate.