Home » News» I will never switch my style of music for an international deal like Wizkid did – Slimcase » Share To.. 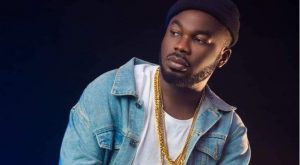 Nigerian street hop star, Slimcase has said a few things about musical originality and global impact which are more like a square peck and a round hole when it comes to African artists and the international music market.

Before now, African music had been all about Africa while American music was for America, Africa, and other parts of the world. The trend changed with the emergence of the international Starboy, Wizkid on the foreign scene with lots of collaboration with foreign stars. However, he had to switch his style from the African sound to the American vibes.

This is a compromise Slimcase is very sure he won’t make, not even for the most mouthwatering international deal. He made reference to late Afrobeat legend, Fela Kuti who made waves on the international scene with his pure African sound. He said he’ll stick to his street hop sensation no matter what, even if it means ditching an international deal.

He voiced this out during an interview with Planetradio TV where he categorically stated that he’d reject offers that would have him restyle his music like Wizkid, even if the offer is from an International brand. Do you stand with him?