Wizkid spotted with Benin president – who is promoting who? 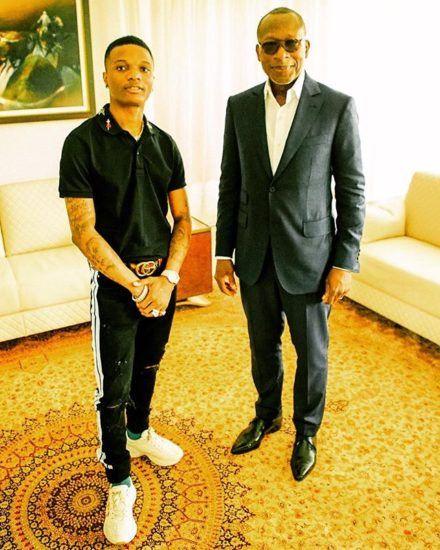 Home » News» Wizkid spotted with Benin president – who is promoting who? » Share To.. 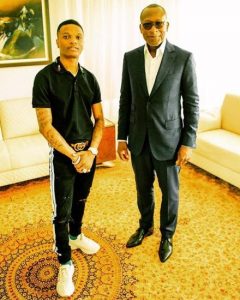 Wizkid’s pic with Patrice Talon, the president of Benin Republic surfaced on the airspace and fans started deliberating on which of them promotes the other in the pic. While some say Wizkid is going places, others say he’s promoting Talon.

The whole thing started when Wizkid took to his social media platform to post the said picture in which the president of Benin Republic is seen posing beside Wizkid as a diehard fan, fully adorned with his Italian tuxedo and no tie. Many say he looks pretty much like a “guyman.” Lol. Wizzy, on the other hand, is seen posing like a boss in the picture.

This led to many saying that the president felt more honored taking shots with the international starboy; while others say the president is more of a reputable personality than Wizkid. However, Wizkid thanked the President for his love and hospitality after performing at a music festival in Cotonou, Benin Republic over the weekend.

The argument has grown into a heated dimension without any party making headway towards winning. If you were to join in the argument, which of them would you say promotes the other??? Wizkid Ayo or the “guyman” president???