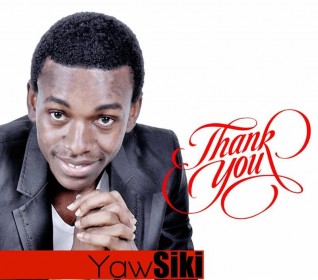 Home » News•Videos» Yaw Siki Talks About How He Has Given His Life To God » Share To..

Former hiplife artiste, Yaw Siki who made a resolution to stop writing secular music after he was involved in a near fatal accident on April 15, 2013 on the Tema-Motorway road says he once felt it was time to leave the world behind and serve God but paid no heed to that.

Speaking to Abrantepa on Radio Univers’ mid-morning show, Brunch2Lunch on Monday, Yaw Siki said although it has not been easy quitting secular music and certain lifestyles that satisfied his flesh, he has received Heavenly honour on his life. He noted that he has no plans of going back to the world. Yaw Siki is out with a gospel tune titled, Medi W’akyi – to wit, I will follow you [God]. Listen to his touching story